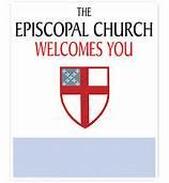 We Are Episcopal & Anglican
St. John's is a parish of the Diocese of Newark, which is one diocese of the Episcopal Church and is a part of the Anglican Communion.

Our church is "Episcopal" and we are "Episcopalians." "Episcopos," comes from the New Testament Greek, meaning "overseer."  Often it is simply translated, "bishop." The Episcopal Church is made up of between two and three million worshipers in about 7500 congregations across the United States and related dioceses outside the US. The Episcopal Church, having its roots in the Church of England, is also an Anglican Church. Like all Anglican churches, the Episcopal Church is distinguished by the following characteristics:

The Book of Common Prayer
Unique to Anglicanism, though, is the Book of Common Prayer, the collection of worship services that all worshipers in an Anglican church follow. It’s called “common prayer” because we all pray it together, around the world. The first Book of Common Prayer was compiled in English by Thomas Cranmer in the 16th Century, and since then has undergone many revisions for different times and places. But its original purpose has remained the same: To provide in one place the core of the instructions and rites for Anglican Christians to worship together.

The present prayer book in the Episcopal Church was published in 1979. Many other worship resources and prayers exist to enrich our worship, but the Book of Common Prayer is the authority that governs our worship. The prayer book explains Christianity, describes the main beliefs of the Church, outlines the requirements for the sacraments, and in general serves as the main guidelines of the Episcopal life.

Scripture, Tradition, and Reason
The Anglican approach to reading and interpreting the Bible was first articulated by Richard Hooker, also in the 16th Century. While Christians universally acknowledge the Bible (or the Holy Scriptures) as the Word of God and completely sufficient to our reconciliation to God, what the Bible says must always speak to us in our own time and place.

The Church, as a worshiping body of faithful people, has for two thousand years amassed experience of God and of loving Jesus. The traditions of the Church in interpreting Scripture connect all generations of believers together and give us a starting point for our own understanding.

Episcopalians believe that every Christian must build an understanding and relationship with God’s Word in the Bible, and to do that, God has given us intelligence and our own experience, which we refer to as “Reason.” Based on the text of the Bible itself, and what Christians have taught us about it through the ages, we then must sort out our own understanding of it as it relates to our own lives.

We Are Organized
The Anglican Communion comprises some forty antonymous churches throughout the world, and the Episcopal Church is one of these. We don't refer to the "national church," however, as the Episcopal Church has dioceses in numerous countries besides the United States, including Haiti, Colombia, the Dominican Republic, Central Ecuador, Litoral Ecuador, Honduras,  Venezuela, Taiwan, and Europe.

Each Diocese has a Bishop (and sometimes one or more assisting bishops), and a number of congregations, called either a parish (if self-sustaining) or mission (if subsidized). Each parish is governed by a Vestry, a team of lay persons led by the Rector. A Rector is the chief (and often only) priest of a parish. A Vicar is the priest of a mission congregation, as technically the Bishop is the Rector of such congregations.